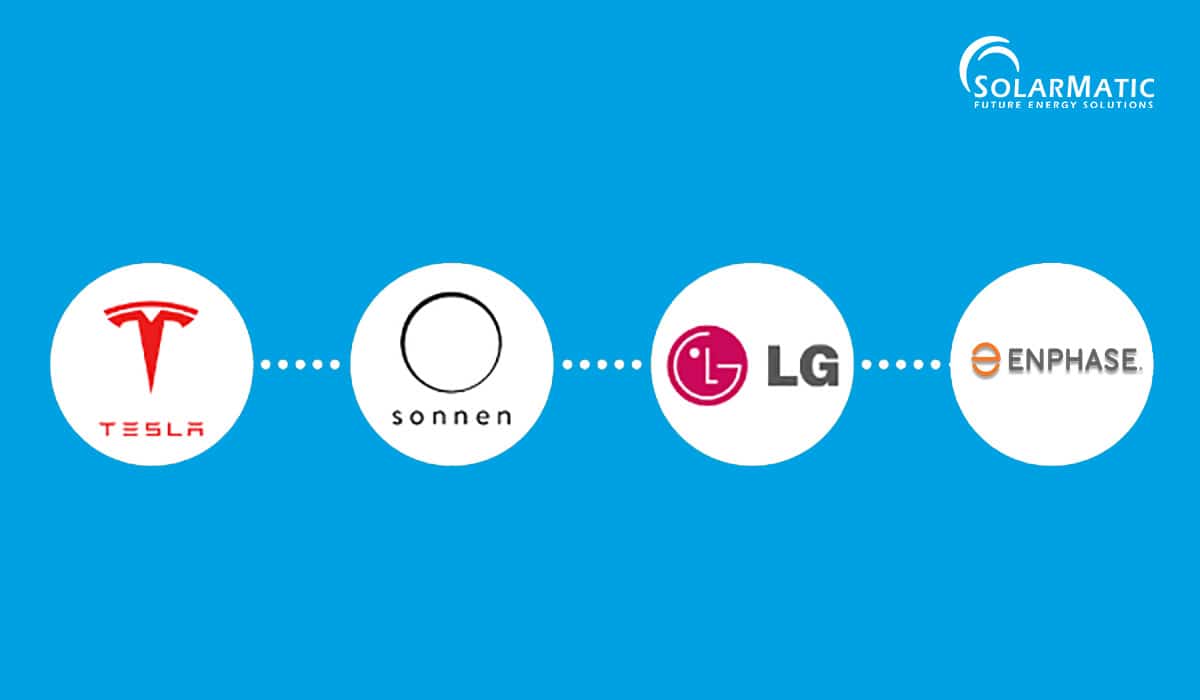 The new generation of solar system batteries are more cost-effective and stylish. There is a frequent drop in prices with the development of technology associated with lithium-ion batteries.

Would you like to know a little about the history of Battery?

For over 100 years, lead-acid based battery technology was used, but in 1970, a rechargeable battery model was discovered in which an electrode could store lithium ions within layers of titanium sulphide.

In the 1980s, small batteries could be made as John Bannister Goodenough found a more stable cobalt-oxide cathode which could store 2-3 times the energy of any other rechargeable battery at room temperature.

Moving towards storage batteries for home.

A lot of people are searching – “Which battery is best for a solar system?”

Lithium-ion based solar battery systems for homes have been in the market for some time. Solar households or smart homes are equipped with powerful storage batteries such as Tesla Powerwall, Enphase, and LG chem batteries.

The popular choice of the current time is Tesla Powerwall.

Tesla Powerwall’s popularity is justified by its features.

How long will a Tesla powerwall 2 last?

Well, Tesla powerwall 2 comes with 10 years warranty, so it is not going anywhere for at least 10 years. Additionally, it doesn’t decline in storage capacity too rapidly.

How does a typical solar battery storage system work?

You know the process where the solar panels on roof convert sunlight into Direct current and a solar inverter converts the Direct current into AC that can be used by the home appliances.

Now, with battery storage system solar power generation setup works differently. When the electricity demands of your home are low and the appliances are switched off, Direct current from Inverter is diverted to charge the backup battery but when energy needs are high, the entire Direct current is used by your home. This process is automatic and depends entirely on how much power is being drawn by your home at any given minute.

Considering how efficiently it is regulated, getting a solar with battery storage system is the smart choice. If you have enough battery with solar panels, you’ll be able to use renewable energy around the clock. Using 100% renewable energy is more affordable now than it was just ten years ago.

Many Australian households have reduced their dependence on traditional power companies by switching to solar power with batteries. Solarmatic is offering good quality solar panels with battery storage systems such as Tesla Powerwall, LG chem, Sonnen, Enphase and many more.

Can I get a solar panel system first and then solar battery storage in the future?

If you are planning on getting a solar panel system first and solar battery storage in the future then buying a battery ready system makes sense. Think ahead as all battery storage systems are not easily upgradable.

Australia is switching to renewable sources of power generation, to reduce carbon emissions. So, it’s better to take the maximum benefit of the government’s rebate by installing solar now. The best advice is – the sooner the better. Rebate is still generous but is reducing each year.

Check if you qualify in 15 seconds.


Do you own your home?


Select your quarterly electricity billand see if you qualify in 15 seconds.


Select your electricity provider and see if you qualify.

Jinko solar launched Higher efficiency PV module with power output of up to...
Scroll to top

Sharing is Awesome, Do It!